A visiting Choir from Lithunia will sing in the Parish Church of Our Lady and St. David, Naas on Saturday 18th November 2017 at 7pm. Admission is free. They will be accompanied by Choirs from Kill,  Adrclough and Kilcock.

Three Lithuanian organists from Kill, Ardclough and Kilcock have united to bring their choirs together to sing alongside a visiting choir from Lithuania. Ausra Dmukauskaite, , organist with Ardclough choir, said the idea came about one evening when one of the members of the Lithuanian choir visited Ireland and sang with Kill choir. An Invitation was extended to Kill choir and all the members of the choir visited Lithuanian in 2011.“ It was such a memorable event that we now want to return the favour “ added Rasa, organist from Kill choir.

“We are very excited about this new venture and really delighted to be able to extend the invitation to St Jokubas Choir , Lithuania“

Rasa explained how Lithuania has had a very turbulent history, like many of the Baltic states.“During the Soviet regime churches and monasteries were closed and often the buildings put to secular use. Their bells were silenced. The silencing of the bells represented for many the silencing of the voice of God himself. Many priests were targeted and exiled to Siberia, as well as many catholic families for their beliefs.

Despite many threats to the Church, it did survive. Officially people were not allowed to participate and were ridiculed and persecuted for doing so, but they did find ways and means to secretly have Baptisms, Marriages and Eucharistic celebrations. “

It is only since 1990 that we have been able to celebrate our faith freely in public and coming to Ireland to sing alongside the Irish and lithuanian communities means a lot to us.

All four choirs will sing immediately after the 6pm Vigil Mass in Our Lady and St. David`s church, Naas on Saturday 18th November 2017. Admission is free. 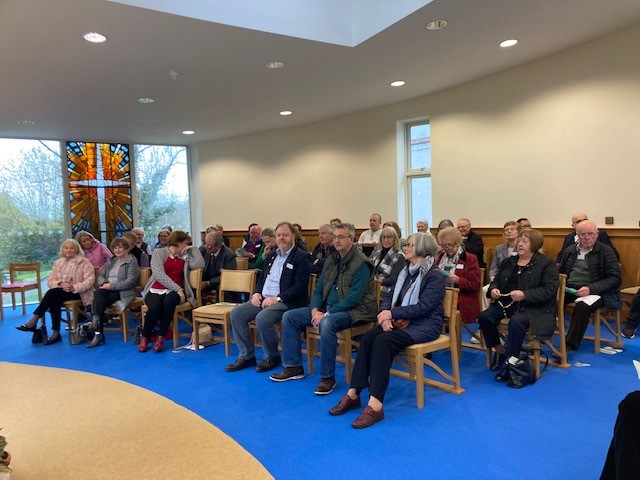